Garrison Command and Garrison Administrative Staff members can make single posts in this forum that will appear instantly on the home page of the Gateway Squad website as news articles.
Locked
1 post • Page 1 of 1 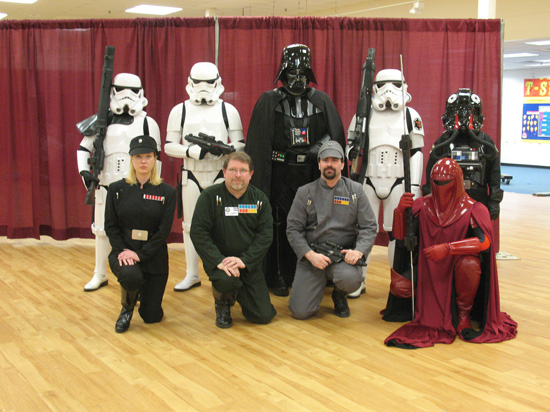 Saturday started off with Zach and Chris posing behind the table with three real
mannequins (ie: the costumes Ral doesn't wear anymore) with the hopes of surprising a
few convention goers. They quickly moved to the convention entrance in the hopes of
increasing their exposure, and did manage to make a few people jump. 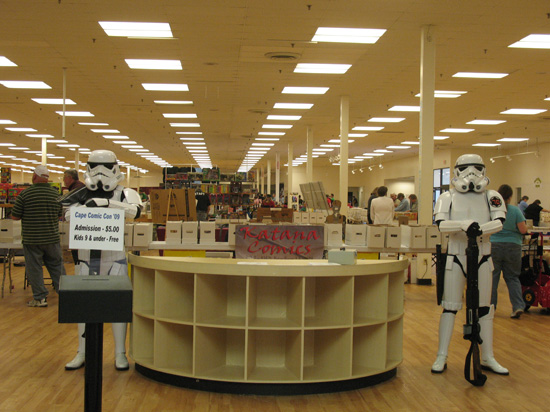 Later on, Brian and Zach went off to enter the Halo gaming tournament (eventually
winning first place), while a small scouting party escorted officer Maggie on a personal
mission into the mall itself. 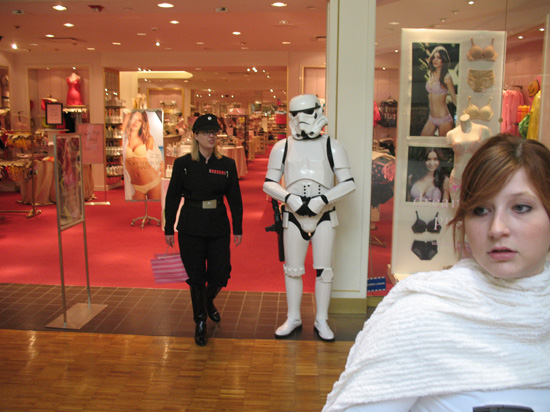 Our officer's mission complete, we visited the local cantina to sample to local drinks, 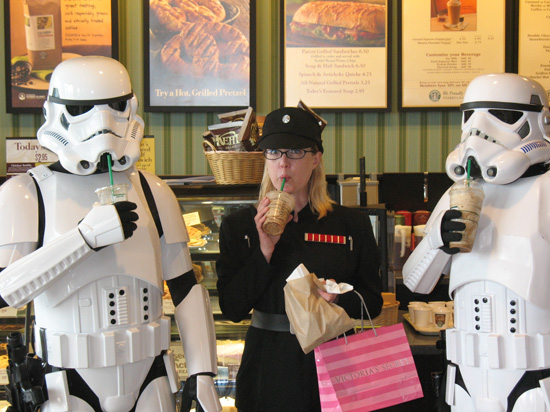 ...and read the local literature. 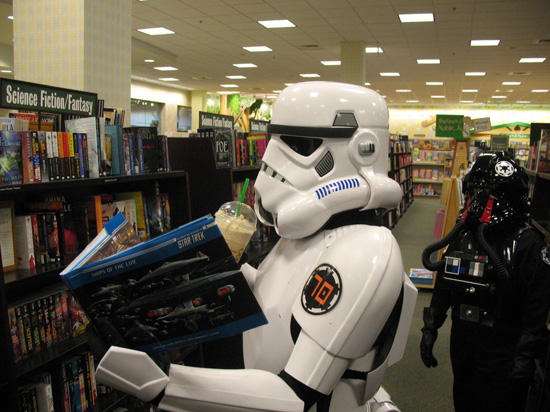 Saturday evening, the troops left the mall to head back to Ral's house. The "Wheeler
Garrison" presented everyone with a large assortment of food and drink, and the real
party began.

Along with the food, drink, and conversation, a webcam and chatroom were set up so
70th members could follow along with the fun. GML Ken Beckwith, seeing so many
Garrison staff members on the webcam, plotted surgical Death Star strikes on our
location in order to advance his career, but failed when he fell over the ledge of the fire
control station due to a lack of safety railing.

Sunday morning came around, and those troops that hadn't already head home, returned
to the convention. Wanting to be a little more mobile this day, Chris devised a plan to
finally get Wickes into armor. After some on-the-spot mods, and busting at the seams,
TK-6720 emerged from the dressing room, sweating but smiling. 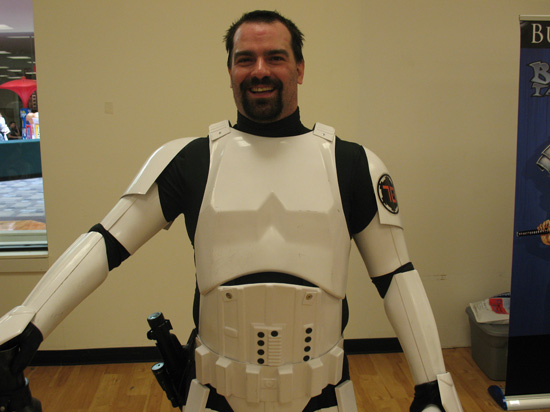 Moody whipped out the laptop and went to work on designing a new cardboard tabletop
display, while Ral, Zack, and Eric went off to the gaming area again for some Guitar Hero. 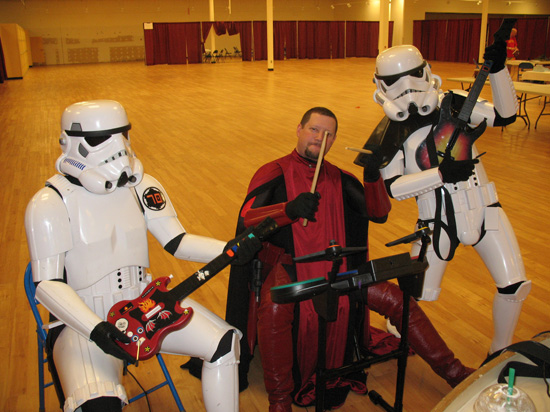